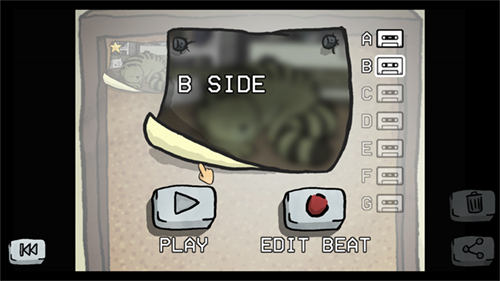 As promised here is the new update! Just to recap the stuff included is:

There's a few more small adjustments to the game too, like social media links, an 'in game' share button and the mp3 folder button taking you directly to the folder where the mp3s are saved. Also a 'global take switcher' in the beatmaker (i.e. switches the active take for all instruments)

I'm hoping to swap to a forum on itchio soon so people can share their levels more easily, but for now feel free to post them as a comment or use the sharing beats channel on the discord!  https://discord.gg/7acATbT

The next update to the demo probably won't be for a while, I'm going to be working on adding new levels to the playtest version for a couple of months I think. Then I'll get back to fixing bugs and adding new features :) Although, usually I end up making some tweaks while adding new levels.