The new update is here! This one has been a pretty technical one to get working. Here is a quick list of the changes, I’ll go into more detail after the list. Let me know what you think of the updates!

If you want to share the beats you’ve made with Lo-Fi Room, I’ll make a channel on the discord (join here!). At the moment you can only load shared beats to edit them, but in a future update you’ll be able to load them as a playable level.

I felt like the beat making mode was pretty raw and clunky. So I've made a few updates to it: One of the biggest changes is to clip the notes to the lines (a kind of auto-correction effect), in music making software it's usually called quantization. This makes it easier to layering tracks on top of each other as they will sync up much better with each other and the click. You can turn it off if you want to do more free form or triplet rhythms though. 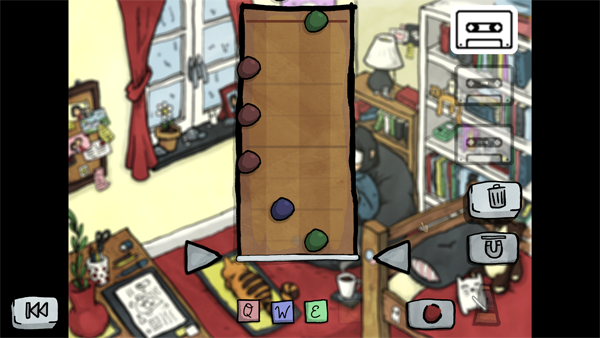 Another big change was to require the user to press the record button before anything is recorded for that instrument, the idea for this was to let the user figure out what they wanted to play before recording anything, this was requested a few times by some people too. I've also added small animations to the beatmaking screen based on what each note is currently playing. 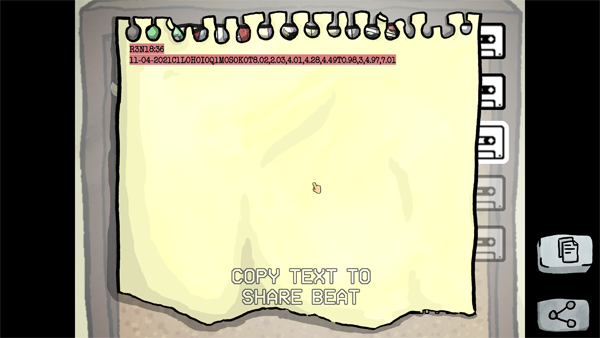 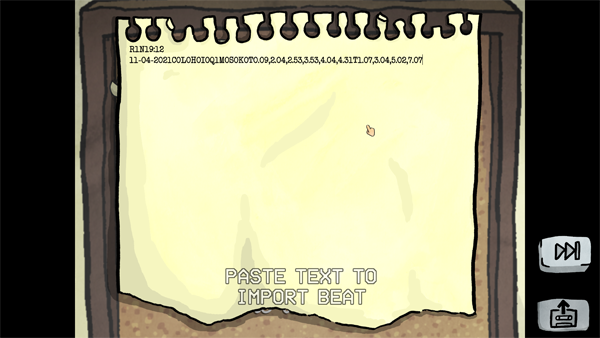 This was a difficult one to get working. I wanted people to be able to share the stuff they make in the game easily, so I've been working on a few different ways to do that. The first way is explained above, by sharing and loading in the text version of a beat,

The second way to share is to record an mp3, at the moment this only works on the desktop (the windows or mac builds, linux doesn't work). You first press the .mp3 button and it starts recording the audio output of the game. You can mute and unmute instruments and that will all be recorded, (you can use the number keys for this too to make it easier). When you press the button again the recording will be saved. 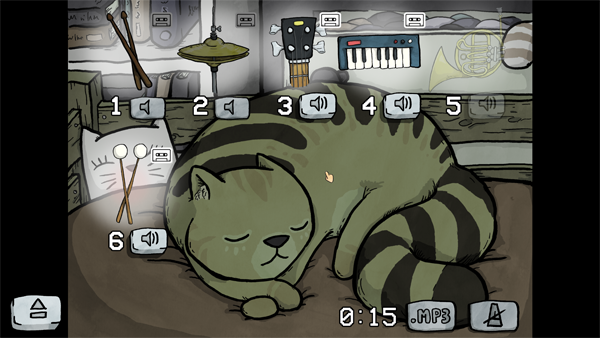 You can see where the mp3 files are stored on your computer when you click on the mp3 recordings button (folder icon with note inside on the first menu screen). This might be in a hidden folder on your operating system.

I'll have a channel to share your beats as text in the discord server, I will also probably convert the comments to a forum on itch so I can create a thread just for beat sharing.

The idea behind adding this is to encourage people to spend a bit longer with each loop trying to play it well. You can go in and out of instruments as much as you like, I added an icon to every instrument after you completed it to show whether it was complete or 'perfect'. Also I updated the menus and UI to reflect this more. 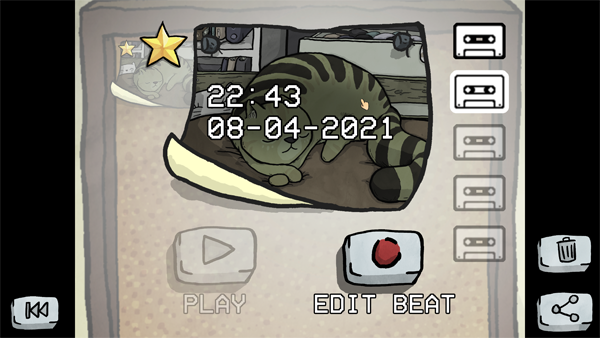 I'd really love some feedback on this update! It's been a lot of annoying technical work, but hopefully it's worth it in the long run.  I'm particularly interested in what people think about the changes to the beatmaker, the perfect system and the sharing system. I'm also curious about some of the buttons and icons, this update has added a lot of new buttons and UI stuff, particularly in the menu. I don't know how easy they are to understand. So let me know if you have any feedback or suggestions around that (there is a channel for that in the discord).

I'm really looking forward to making more levels and doing more drawing and music for a bit. I'm a little tired of all the coding at the moment.

i am in love with this game i am just obssed