Thanks to everyone who has playtested the game so far, the feedback has been super helpful! If you signed up to be a playtester (before 2 weeks ago) please check your spam folder for your key (I'll resend the keys again tomorrow) and please fill in the feedback form!

I’ve made a couple of big-ish changes to the game based on the feedback I've gotten so far. I thought I’d quickly outline the thinking behind them here. Please try the updated game and let me know your thoughts in general.

I felt like it was hard for people to internalize the rhythm of the tracks, which makes playing the notes in time harder, so I wanted to give more clear visual feedback on the beat. I've been planning to improve this for some time. To do this I made a couple of UI changes:

I also added some coloured grooves to the note bar so it’s easier to see which notes are which key and a dot marking every 4 bars. You can see some small UI differences in these pictures: 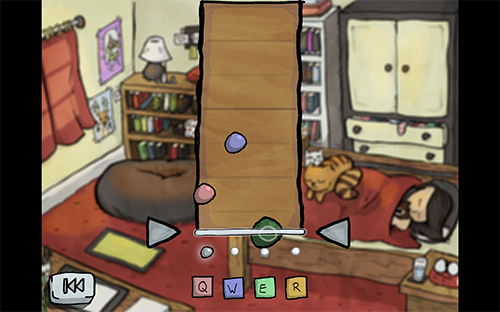 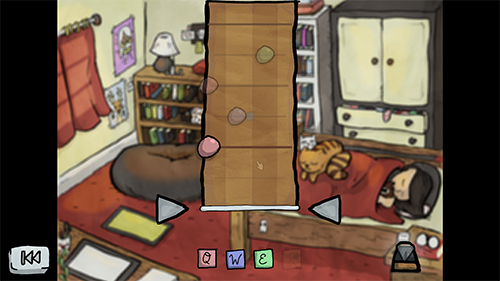 From the feedback I realized that some people wanted to spend more time with each beat, one player even kept missing notes on purpose to avoid the instrument closing. That made me realize that I was kind of forcing players to rush through the game by automatically closing the instrument when it finished. The instrument now doesn’t close automatically when you’re done, you can manually leave when you want to. You can also re-enter instruments and mute instruments.

When I first started making the game I wanted to make it feel like actually making a beat. I think playing the beat multiple times as much as you want is much closer to that, rather than muddling through it by accident once.

Please let me know what you think!

I’d like to hear what you think about these changes (especially the second one), as I feel like they change the game quite a bit. Also let me know about this play button! Do you think I should make it smaller and put it next to the eject button, or do you like it where it is? I'm undecided... 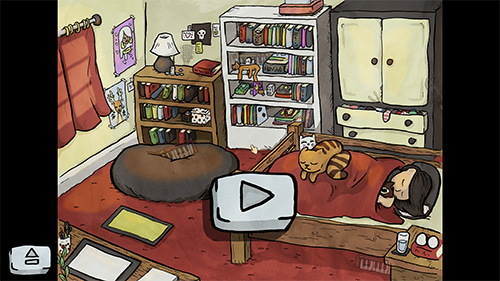 Also to give you a better idea of what I’m planning on working on next, here’s a list of the big task priorities right now. My plan is to get most of the new technical stuff done by the end of January, and the rest will hopefully just be cruising through making levels (although, that might be a bit optimistic)

Hi! I haven't had the time to play all the way through the updated beta yet (I'm on level 5 or so, I think?) but I just wanted to pop in and say that I really appreciate all the changes, especially the vertical tracks for the notes and the ability to turn instruments on and off once they're completed in a level.

I know you asked for feedback to be in by Jan 31, so I thought I'd send you some quick thoughts instead of sitting on the game past the deadline. If it's helpful to you, I have recorded gameplay from the first few levels of the updated beta - let me know and I'll post it or send you the link.

Hi Zoi, ok that's great! Thanks for letting me know :) I was mainly interested in getting feedback on the updated systems, so don’t worry about finishing the whole thing again! I’m glad you liked the changes you mentioned, your feedback was really helpful! Also fyi I decided to keep the beta keys valid until at least the end of February. I thought it might be helpful to keep getting feedback on improvements from people who'd already played the earlier versions of game.

If you wanted to send the gameplay video, you can send it to the same email address that sent the game key~

Thanks again for taking the time to follow up~