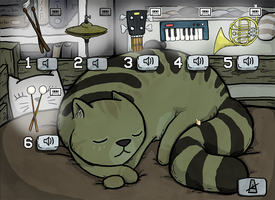 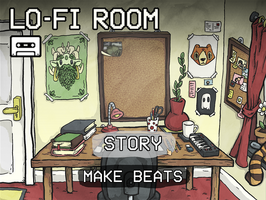 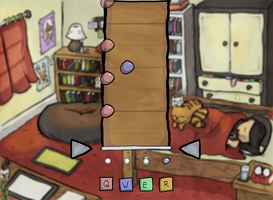 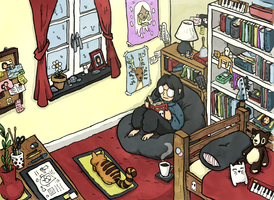 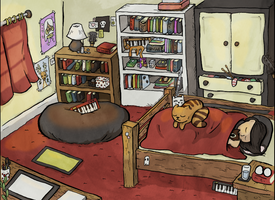 I've been working on a big update over the past couple of month. I'm pleased to say the first version of the beat making mode is ready to try!

You can now use the game to make your own beats! There's a video of me doing just that at the top of the post.

I'd be grateful for any feedback or suggestions on this new mode :) And I'm interested to see what you make!

I've been working a lot for the past few months, so I want to take it a little easy for a bit. But these are the things I'm planning to work on next, some might not work out, but these are the main things on the list at the moment:

new mode is cool, but im bad at it

I played it yesterday and I would suggest a way for people to try out the sound of the instrument and then them record when they're ready. Also having the game save the beats if you leave that "room". Other than those, the update is what we all have been waiting for.

Hi, thanks so much for the feedback! I'm glad you liked the update :)

I was considering some kind of record button that counted down before starting 'recording' the instrument, but I thought that might break the flow of making the music a bit. It is currently possible to delete the 'recordings', but maybe that's a bit annoying to keep doing at the start. I also just realized, I know what the notes sound like because I've spent so much time with the music, but players might want more time to get used to them. I'll think about that a little more~

And yes saving is also a good idea, I also wanted to try that at some point. It might take a while to figure out a good way of doing it~

Thank you for your response and good luck making Lofi room :)