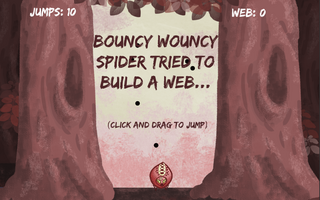 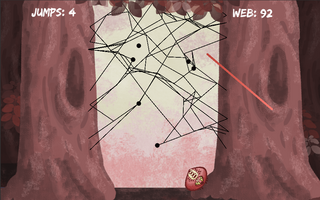 So creating Bouncy Wouncy Spider was an interesting experience, it’s my third jam using Unity and I feel like it went a lot more smoothly than especially my first jam (Block Caver). This blog will explain my goals for the jam, lessons I learned doing the jam, things I wanted to add but wasn’t able to, and things I would like to improve in future.

Lessons for next time:

Things I wanted to add but didn’t have time:

Things to add in future:

Things I would like to incentivize but haven’t figured out a good way to do yet:

My plans for the game going forward are to polish it up a bit more and see if I can add more variety to the gameplay. After that I plan to release it on mobile and post it to some other web game sites. I’ll most likely try and get this done in the next 2 - 3 months, although I have another project (LoFi Room) I'm currently working on.

Build the biggest web you can in this simple physics game.